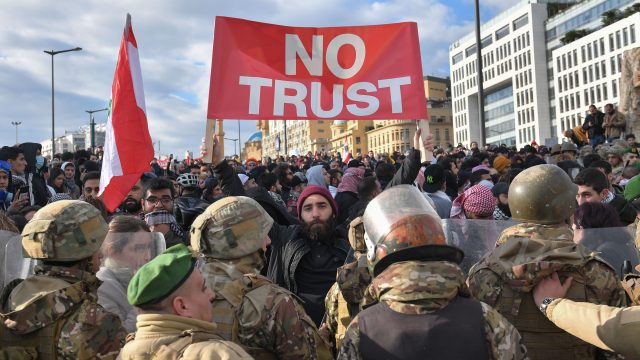 On Tuesday, February 11, Downtown Beirut saw clashes between security forces and hundreds of protesters who had gathered to block access to Parliament ahead of a vote of confidence on the new government.

Several rounds of clashes between protesters and police resulted in the injuries of 373 people, 45 of whom were taken to hospital for treatment according to the Red Cross.

The post In pictures: Protests against the new government appeared first on Executive Magazine.