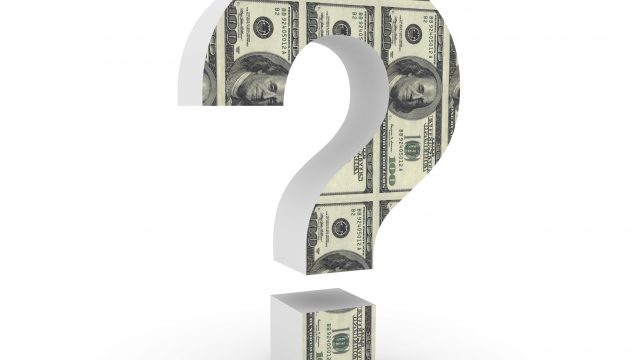 Right now, the challenge every Lebanese entrepreneur is facing is the liquidity crisis. A two-speed approach is required: 1) a set of short-term policy measures to tackle the urgency of the funding gap left by the liquidity crisis, and 2) more medium- to long-term policy measures that are focused on building and strengthening the Lebanese entrepreneurship ecosystem.

As the outlook continues to deteriorate for Lebanon, the newly appointed finance minister Ghazi Wazni said late January that Lebanon needed foreign aid to save it from an “unprecedented” situation that had forced people to “beg for dollars” at the banks and fear for their deposits. The scene looks set for an International Monetary Fund (IMF)-backed program for Lebanon, bringing to mind the example of Egypt. Analysts, observers, and international financial institutions alike have hailed Egypt for tough economic reforms tied to a three-year, $12 billion loan program with the IMF, agreed to in late 2016. The reforms included devaluing the Egyptian pound by about half, relaxing the exchange rate regime to let the currency float freely, cutting energy subsidies, and introducing a value-added tax (VAT). Those changes have reduced the country’s current account deficit, inflation, and unemployment—thus strengthening the national currency. In its fifth and final review of Egypt’s economic reform program completed in July 2019, the Executive Board of the IMF said that “the macroeconomic situation has improved markedly since 2016, supported by the authorities’ strong ownership of their reform program and decisive upfront policy actions. Critical macroeconomic reforms have been successful in correcting large external and domestic imbalances, achieving macroeconomic stabilization and a recovery in growth and employment, and putting public debt on a clearly declining trajectory.” The IMF further noted that the outlook for Egypt’s economy remains favorable.

In Lebanon’s case, given the urgency of the liquidity crisis, any reform that comes along with an IMF-backed loan program would need to address the liquidity requirements of entrepreneurs and SMEs

Yet, Egypt’s robust IMF-backed structural reform program that has helped steady the economy has also been accompanied by an increase in inequality and poverty. Indeed, while macroeconomic indicators have drastically improved, measures such as price increase of basic foods like bread, milk, and lentils, as well as slashing fuel subsidies, which meant an increase in the price to consumers of gasoline, diesel, kerosene, and fuel oil, have left many of Egypt’s nearly 100 million citizens under increased economic strain and struggling to make ends meet. According to Egypt’s Central Agency for Public Mobilization and Statistics, 32.5 percent of Egyptians lived below the poverty line in 2018—up from 27.8 percent in 2015. This darker side of the IMF’s help programs was also visible in a 2019 loan agreement with Ecuador that called for an enormous tightening of the country’s national budget—about 6 percent of GDP over the next three years. It does not bode well for the more than 25 percent of the Lebanese citizens who live in poverty that an IMF-backed program will most likely include raising taxes that fall disproportionately on Lebanon’s poorest citizens while making cuts to the already thin public investment.

In Lebanon’s case, given the urgency of the liquidity crisis, any reform that comes along with an IMF-backed loan program would need to address the liquidity requirements of entrepreneurs and SMEs—95 percent of companies in the country are SMEs, which account for 50 percent of employment. One such short-term emergency crisis management solution is the creation of an entrepreneurship fund or loan to promote the local private sector and entrepreneurship. The IMF has been very vocal about the importance of private sector investment in creating jobs and achieving strong growth, particularly in the MENA region. Once again, Egypt’s example comes to mind. In 2015, Egypt received a $1 billion loan from the World Bank in order to support the country’s small businesses and entrepreneurial sector and pave the way for new job opportunities. That was followed by annual loans worth $3.15 billion from the bank between 2015 and 2017 to help Egypt’s economic reform program and local business development.

This IMF-backed entrepreneurship fund should also go hand in hand with reform policies to make it easier to start and manage a business, policies that tackle the complex and burdensome regulations in Lebanon that have historically held back investment and, hence, job creation and growth. Both the IMF and the World Bank have traditionally been very vocal about the fact that enhancing accessibility to finances, and promoting entrepreneurship and transparency in tax filings and government procurement would allow independent small businesses to thrive and establish new opportunities.

Build and strengthen the ecosystem

Once the short-term crisis is over, and the country is hopefully on the right track to recovery and growth, there are long-term challenges to building a strong entrepreneurship ecosystem that need to be targeted. Within that, government interventions need to be carefully crafted to be limited to improving the environment that surrounds startups. In short, the government’s role is to optimize conditions for entrepreneurs. It is difficult to point to any entrepreneurial ecosystem that has risen through direct government intervention, yet many successful entrepreneurial ecosystems and innovation districts, such as the UK’s Silicon Corridor or Spain’s 22@Barcelona project, have been assisted by governments that are entrepreneurial at the level of policy, legislation, permit authorization, purchasing, infrastructure investments, education, and coaching.

In some regions, such as the GCC, public policy to enhance access to finance has included the creation of regional VC funds, usually taking a hybrid form in which both public and private sector money is combined under private sector management. Yet, this approach has come under criticism for mixed results, with some observers noting the impact on the ability of purely private sector VC funds to raise money in those countries. Furthermore, the focus on risk capital neglects the fact that only a small minority of startups use this financing channel, at least in the early stages. Instead, encouraging the creation of a well-regulated peer-to-peer lending system is more effective as it provides seed and start-up capital and its trust-based nature means that investors typically invest in businesses that are close to home (see article in Executive’s September edition). It is also important to point out that ultimately, it was the liquidity crisis of 2008 that led the way to the creation of the alternative lending sector, peer-to-peer lending, and crowdfunding in the US and Europe.

Ultimately, however, a well-organized interaction between education, business, and government is an important key to success.

As part of the medium- to long-term strategies to build on and strengthen the Lebanese entrepreneurship ecosystem, special attention needs to be paid to policies by stakeholders such as the government, the central bank, and the Banking Control Commission of Lebanon that can foster connections between the different players within entrepreneurial ecosystems. For example, professional networking organizations, such as the Lebanese International Finance Executives (LIFE), entrepreneurship clubs, VC-backed groups, professional associations, and diaspora associations. Lebanon has already seen the emergence of organizations that have sought to build bridges between different entrepreneurial actors through the creation of communities of practice or entrepreneurial networks, such as Berytech, SPEED@BDD, the UK Lebanon Tech Hub, and AltCity—all of which have provided mechanisms for entrepreneurs in the knowledge economy to experiment, improve, and scale up.

Ultimately, however, a well-organized interaction between education, business, and government is an important key to success. This can be done through the effective provision of support to entrepreneurs during the pre-startup, startup, and early post-startup stages. In particular, public sector and university-led business accelerators and incubators have the opportunity to provide startups with advice, networking opportunities, and finance in order to help foster these fledgling ventures.

The post How Lebanese entrepreneurs can survive the liquidity crisis appeared first on Executive Magazine.