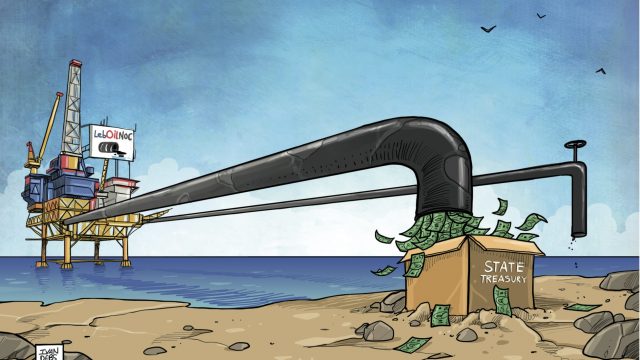 One of the major obstacles that post-war Lebanon has faced is the absence of adequate transparency tools that, if there, would have lead to greater public accountability. Access to information has been limited, and mandatory disclosure mechanisms are verging on nonexistent. Such limitations have encouraged many forms of corruption.

Despite the fact that the past five years have seen efforts to provide the public with greater transparency tools—Law 28 (2017) on access to information, Law 83 (2018) on whistle-blower protection, and Law 84 (2018) on enhancing transparency in the petroleum sector—post law scrutiny has shown that the state had little intention of using such tools to promote public accountability and incubate trust amongst the different stakeholders. The October 17th revolution was in part fueled by years of bottled up outrage and frustration over the corrupt and self-serving practices of politicians—Lebanese citizens are demanding more accountability.

Our aim at the Lebanese Oil and Gas Initiative (LOGI) is to ensure that Lebanese citizens benefit economically from their natural resources. In that vein, in December 2019, and in partnership with the Heinrich Böll Stiftung Middle East, we collaborated with investigative journalist Jad Ghosn to study the sales revenues of seismic data. Since 2003, Lebanon has been receiving a percentage of the revenues from the sales of its offshore seismic data packages. Clarity around how these revenues are managed is needed if we are to ensure that proper governance over the petroleum sector is maintained and public accountability is enhanced. In particular, we were interested in understanding how these revenues were accumulated—the legal framework—and how they are managed. The ultimate goal was to recommend concrete action steps that would ensure proper public oversight leading to accountability around this public money.

A series of interviews and literature reviews were undertaken. Different stakeholders—one from the Lebanese Petroleum Administration (LPA), three MPs, and three experts in the field—were consulted on the issue. After all the data was compiled and analyzed, LOGI released a study this past December which detailed the following:

In light of the above, LOGI recommends the following to enhance public ability for oversight:

These recommendations, along with the full investigation, can be found on LOGI’s website. Despite the fact that the oil and gas sector is not a magic remedy that will help Lebanon overcome current economic, fiscal, and political difficulties, it does represent hope for the Lebanese. This is why it is vital to safeguard this hope by ensuring that moving forward, the petroleum sector will be held to the highest standards of public oversight and accountability.

The post An investigation into the revenues from Lebanon’s seismic data appeared first on Executive Magazine.