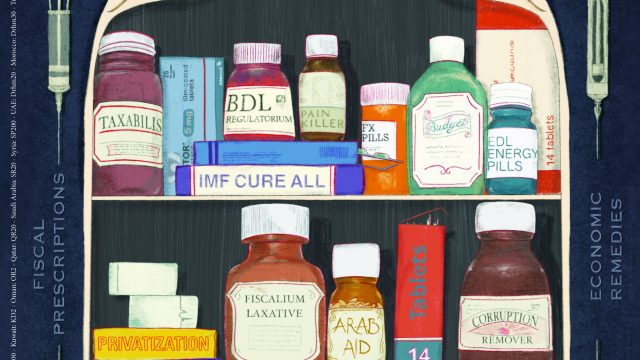 If anything is bankrupt in this country, it is the establishment. Their incompetence is so vulgar and obvious that there is nothing they could do to convince us otherwise.

The verdict is out, they know it, everyone knows it—locally, regionally, and internationally. We are all watching them clinging to the power they still think they have, and that they will cling onto until their last breath—at the expense of what little patience we have left. As the establishment tries to paddle on the back of its new government the distance keeps growing further. The disconnect is terminal.

The awakening we have witnessed through these past few months of protest has brought forth engaged and intelligent young men and women who understand the concepts of sovereignty, purpose, independence, productivity, and efficiency. Lebanon is full of potential, potential that can only be reached once we free ourselves from those local and international inhibitors who have been busy extracting our wealth of knowledge, talent, and creativity for their own benefits and agenda.

We don’t necessarily have to agree with any of the economic rescue plans discussed in this issue. The mere fact they exist is proof that Lebanese at home and among the diaspora are a pool of talent more than capable of reviving the hope of the new country to which we aspire. One that will allow us to believe in a future for Lebanon free of our past mistakes.

Meanwhile, as new geopolitical cards have been dealt, we have to be vigilant. This vacuum is convenient to those who thrive during uncertainty. They expand their control and strengthen their grip in an effort to drag us to positions that suit them. One that will increasingly undermine our sovereignty and weaken our markets.

The divergence between these awakened reformists and the befuddled establishment cannot endure much longer. Lebanon is in desperate need of change—fundamental and long lasting.

This change will come. Look to its people, through them Lebanon will have a future worth fighting for.

The post Look to the people appeared first on Executive Magazine.